John Thomas was born on July 14, 1925 in New Kingston, Pennsylvania. His father, John Bowman Thomas, Sr. was a school teacher. His mother Lenna was a beautiful woman as shown in the photo below. John was an exceptionally gifted child. He started school at age 6, skipping two or three grades, finished his elementary and middle school education at age 10 in 1936, and graduated from Eichelberger High School at age 15 in 1940.

Then he went to Gettysburg College, PA, where he received B.A. degree in June 1944, while he was still 18.

John was married to Eleanor W. Graefe (see the above photos), a lovely girl from Baltimore, MD, on June 8, 1944. But in just two months, August 14, 1944, John was drafted into the US Army in the midst of WWII. From December 1944-December 1945, he attended the University of Maine under Army ASTP (Army Specialized Training Program). In April 1946 he was discharged from the Army at Fort Leavenworth, Kansas. He hitch-hiked from Kansas to Pennsylvania, where he picked up his car and joined Eleanor in Baltimore, MD.

He then moved himself, Eleanor and their three young children—Sharon (6 years old), Bronwyn (4) and Andrew (2) – to Stanford University to pursue his graduate studies.

Sharon recalls “We took a train and had a compartment where we slept. We arrived in California and I thought it was the most awful place in the world. It was September and everything was brown. We had come from Maryland, on a farm, surrounded by green fields and nearby woods. I’m afraid that I have never really liked California since that day! Some traumas, we never get over.”

John received his M.A. in 1953 and the Ph.D. in electrical engineering in 1955. At Stanford he received three Fellowships: the Sperry Fellowship (1952-53), the RCA Fellowship (1953-54) and the National Science Foundation Fellowship (1954-55). His doctoral dissertation under the guidance of Prof. Willis Harmon was entitled, “On the Statistical Design of Demodulation Systems for Signals in Additive Noise.”

Upon completion of his study at Stanford, the Thomas family moved back to the East Coast, where John joined the Princeton faculty in 1955 and began a long and distinguished teaching career. He was promoted to Associate Professor with tenure in 1959, and to Professor in 1962. He taught courses in electromagnetism and communication theory, and served as Student Advisor to the Princeton University student chapter of American Institute of Electrical Engineers, and the Institute of Radio Engineers. Since joining the Princeton faculty, he was a consultant to the Koppers Company and Ingersoll-Rand Company on problems of high voltage engineering, gas discharge and industrial electronics.

As a specialist in communication and information theory, he was interested in the optimization of communications, particularly in the processing of signals distorted by noise.

He taught at Princeton for 35 years until his retirement in 1990. He produced nearly 40 Ph.D. students (see the list of his Ph.D. advisees ).

An Introduction to Applied Probability and Random Processes (Wiley, 1971), and

An Introduction to Communication Theory and Systems (Springer, 1986).

He was Editor of a series of volumes titled, “Benchmark papers in electrical engineering and computer science” published by Dowden, Hutchinson & Ross including volumes on Random Processes, Nonparametric Detection, Data Transmission and others.

He also published numerous research articles in the field of “signal detection and estimation theory” in scholarly and professional journals. His earlier publications include:

J. B. Thomas and T. R. Williams,“On the Detection of Signals in Nonstationary Noise by Product Arrays,” Journal of the Acoustic Society in America, 1959

J. B. Thomas and E. Wong, “On the Statistical Theory of Optimum Demodulation” the IRE Transactions on Information Theory, Sept. 1960;

J. B. Thomas and E. Wong, “The Distribution of Quadratic Functionals” Quarterly Journal of Applied Mathematics, 1961;

H. D. Helms and J. B. Thomas, “Truncation Error of Sampling-Theorem Expansions” Proceedings of the IRE, 1962;

In 1965, Professor Thomas was elected to the rank of Fellow of IEEE (the Institute of Electrical and Electronics Engineer).

He was instrumental in establishing the ISS (Information Science and Systems) group in the Electrical Engineering Department at Princeton University, which has become a prominent group in the fields of communications, information theory and signal processing. The Conference on Information Sciences and Systems (CISS), which he started in 1966, together with the then Department Chairman Professor M. E. Van Valkenburg, has become a premier conference, and Princeton will host its 54th conference in March 2020.

Professor Thomas was a devoted teacher, especially to his graduate students, many of whom became professors at leading universities, while others took key positions at US government offices (DoD, NSF), or industrial labs on information technologies such as the Internet. Please see the list of his Ph.D. students in a separate file.

Eugene Wong *59, Thomas’ first Ph.D. student and a professor emeritus of U. C. Berkeley, describes Prof. Thomas’ character and influences on him as follows: “Prof. Thomas was one of the last of America’s greatest generation. He endured the hardship of a depression youth, enlisted while still in his teens, and returned from the War to help build the greatest nation on the earth. ….. John’s influence on my life transcended professional and technical matters. More than anyone I have known, he embodied good old fashioned American values: hard work, honesty, fairness, love of family and country, and a special pride in independence that comes from self-reliance. ….. Raised by a grandfather he adored on a hardscrabble farm in central Pennsylvania, he never left his origin far behind. He loved beer, guns, red meat and football. There was a bit of redneck and curmudgeon in him. His kindness to his students did not extend to the upper strata of the establishment. The arrogant snobbery of academics, in particular, did not escape his contempt and scorn.”

Ian Blake *67, a professor emeritus of Univ. of Waterloo, Canada, and now an honorary professor at Univ. of British Columbia, recalls his association with his advisor: ”From the start I was most impressed with John’s values of responsibility, self-reliance, honesty, fairness and plain hard work. He was most generous with his time and advice, which I valued highly, but the standards he adhered to and expected from students, of commitment and performance, were never out of mind. …. I looked back at my time at Princeton often during my career, remembering John’s down to earth advice, warmth, friendship and generosity. I would like to think that I passed on some of John’s character to my students but John was unique. He had a profound influence on my career and I have always been grateful for my association with him.”

John and his wife Eleanor were happily married for 67 years before she preceded him in death in 2011. They spent many wonderful years together in retirement at their home in Santa Margarita, CA since 1991.

Ian Blake and his wife Betty visited John and Eleanor at their farm in Santa Margarita a few times and had frequent phone conversations with John. He remarks, “John and Eleanor seemed entirely happy there. He took great delight in his John Deere runabout, a retirement present from his Princeton colleagues. …. In a recent phone call I was curious as to his take on the current political situation. He observed, somewhat wryly, that people tended to get the leaders they deserved.”

Hisashi Kobayashi *67 says “Prof. Thomas influenced most in shaping my career since 1965, when I came to Princeton as a recipient of the Munn Fellowship. When I was about to finish my Ph.D. in 1967, I had high hopes to get a position in the Data Transmission Theory group headed by Robert Lucky at Bell Labs. I was much disappointed, however, to learn from Robert Lugannani *64, the campus representative of Bell Labs for Princeton, that no more hiring slots existed that year in Lucky’s Department. John suggested that I should apply for the IBM Thomas J. Watson Research Center. Eugene Wong had enjoyed the Lab very much before he took a position at Berkeley, said John. That was probably the best advice I’ve gotten in my life. I ended up working for IBM Research for 19 years. In 1982, while I was on assignment to Tokyo as the Founding Director of the IBM Japan Science Institute, Jack K. Wolf *61 (deceased in 2011), the then Chair professor at the Magnetic Recording Center of UCSD, who was John’s second Ph.D student, graciously nominated me to a newly endowed professor position in the EECS Dept at UCSD. After what I thought was a good interview visit there, I visited John at Princeton with my updated CV just in case the Regents of the University of California might check with him. John immediately suggested to Stuart C.Schwartz, the then EE Dept. Chair (deceased in 2011), that he nominate me for the Dean of Engineering position at Princeton, whose upcoming opening I had been total unware of. John played a pivotal role in two turning points in my life.”

His daughter, Sharon Thomas Miller recalls “My father taught all of us, boys and girls, to use tools at an early age. We were all expected to be able to hammer a nail, drill holes to fit screws, measure and cut wood with a saw. We couldn’t get a driver’s license until we could change a tire and check the oil, and add water to the radiator of the car if it was needed. He was always the teacher, valuing education and thriftiness, and above all else, common sense.”

John and Eleanor are survived by six children (Sharon T. Miller, Bronwyn Knight, John Andrew Thomas, Gwendolyn Thomas, Randall S. Thomas, and Gailyn B. Thomas) and numerous grandchildren and great-grandchildren. The family photo below was taken in 1986, at their home at 900 Kingston Road, Princeton, NJ, four years before John retired in 1990, but they stayed in NJ so that Eleanor could teach one last year at the nursery school where she had taught for many years. They moved in 1991 to the new house they built at 3651 Las Pilitas Road, Santa Margarita, San Luis Obispo, CA.

Dr. Randall Thomas, the second son, and Chair at Law and Business at Vanderbilt Law School says “The family would appreciate receiving emails and/or photos containing any fond remembrance of our father.” The email address is Randall.Thomas [at] Vanderbilt.Edu

[5] John B Thomas’ Research Work while affiliated with Princeton Universities and other places. https://www.researchgate.net/scientific-contributions/2059121697_John_B_Thomas This publication list compiles only the papers published after 1975. 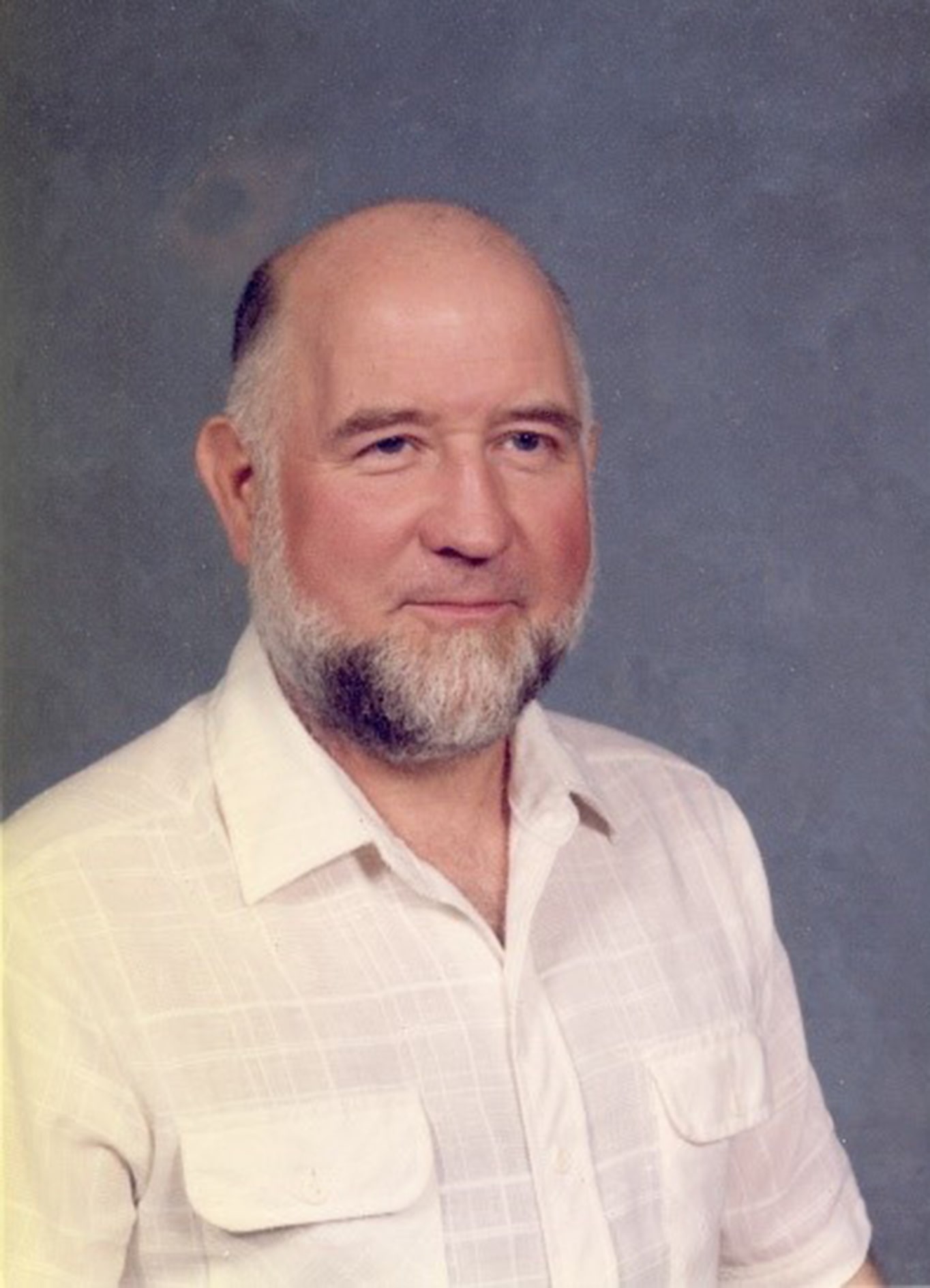